I agree that your health is at the very top of what is most important (perhaps the health of a loved one and the like can vie for the top spot) factors in your life. However, it gets old saying to yourself that you should appreciate what you have instead of being frustrated by events.

I am extremely lucky health-wise. I have always been very healthy, had next to no problems really my whole life. And not just avoiding really bad stuff, actually being healthy all the time. And I do appreciate it. I do try to eat fairly decently and exercise but even so much of my health is due to luck (probably pretty good genes, maybe some nice contributing bacteria, either avoiding bad breaks or diseases or my immune system fighting off those that tried to take hold, etc.).

But the last 18 months I have had a couple big, long running, bothersome problems that end up getting me very frustrated for long periods of time. The current one is big problems with my rental properties. First I had all sorts of trouble with property managers. Then I had what I thought I had bad runs of expenses (worst in 15 years by far). Then I had those followed by much worse run of larger expenses, while the problems with property managers continued.

The rental mess isn't fixed yet, expenses continue. And the house is actually not rented for what is about to be the second month (in 15 years) I have had a total of 1 month vacant until now. The location is very good, the property is nice...

I am not very good at coping with ongoing problems that I don't solve. I am good at solving them so I don't have to put up with them any longer. And good at designing around those I can't solve to avoid dealing with them. But those that I can't avoid bother me and I have trouble just accepting that I have to sit and accept it. It is better if you can do this, I know this, but still am lousy at doing so.

I know that while this situation is super annoying for me it really isn't horrible. I had a few other financial setbacks which made me count more psychologically (financially too, but really that is secondary, I am confident, having examined everything now) on the rental income. Huge numbers of people have many worse problems to deal with. And I have tried the last couple of months to stop being so annoyed by appreciating what I have, including health. I do appreciate it but it doesn't do much to make it less annoying.

And when I examine my situation I have to say I am super lucky. I have a great situation. The problems are really fairly minor compared to what billions of people have had to deal with the whole time I am bothered by my issues.

I finally decided I just needed to nearly completely remove myself and just pay someone else to deal with the properties (I would have hoped hiring a property manager should do that but it has been a succession of that not working the last couple years). It seems you need to pay someone to deal with the property manager (and get them to do their job) or just not be a bozo, like I seem to be and avoid letting it bug you. I managed the rental myself for years and then had 2 others do so for me for about 8 years without any real problems (I always think things should be better but essentially without big problems).

It isn't quick to get out from the current mess, and it will again reduce the income but I have decided (given how much hassle it is for me - others I think could deal with it fine, I just get very annoyed by things that are not done well... and can't stop trying to fix what should be fixed). And when that fails (rare, but sometimes the case) it is best to just reorder things so I don't have to keep being reminded about the poor results. 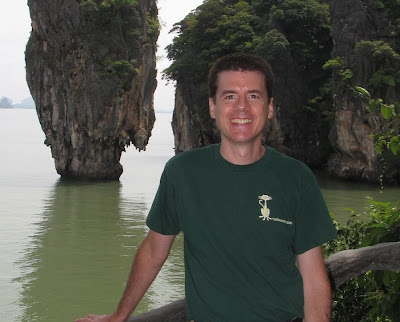 
I do hope once I can get the current mess fixed and off my plate (hopefully in a month or so) I will be better off. I will appreciate what I have, more. And I will have a better sense of what I need to be doing now. For me a big objective is travel in SE Asia. The last year I have failed to do nearly as much as I should while I live in Malaysia. I have let other distractions stop me from doing what I want to be near the top of my priority list. I hope that I will make a change.

As I tried to explore why I was letting frustration take much more control of my emotional state than it should that I think part of that is due to my failure to focus on travel. It is also related to some of my other attempts not turning out as well as I would like, but I am really not that worried about it. Looking back, I am much more annoyed that I used the excuse of those efforts to push my travel efforts down my priority list. I hope I will now appreciate what I have and put a better focus onto making sure I actually am doing what I want to be doing with my time (instead of getting distracted by what is seemingly urgent and seemingly items I could just clear away and then get to...).

Part of appreciating health to me, is valuing life. We don't have that long to take advantage of being healthy to do what we want. I have to make sure I am doing that, and not letting distractions sidetrack me.