Incompetence and Ignorance are Bliss

Among the Inept, Researchers Discover, Ignorance Is Bliss:

On the contrary. People who do things badly, Dr. Dunning has found in studies conducted with a graduate student, Justin Kruger, are usually supremely confident of their abilities -- more confident, in fact, than people who do things well.
...
One reason that the ignorant also tend to be the blissfully self-assured, the researchers believe, is that the skills required for competence often are the same skills necessary to recognize competence. The incompetent, therefore, suffer doubly, they suggested in a paper appearing in the December issue of the Journal of Personality and Social Psychology.

"Not only do they reach erroneous conclusions and make unfortunate choices, but their incompetence robs them of the ability to realize it," wrote Dr. Kruger, now an assistant professor at the University of Illinois, and Dr. Dunning.
Posted by Curious Cat at 6:09 PM No comments:

The school's board of trustees set up a fund Wednesday to pay for any student wishing to travel to Detroit to see Davidson play the University of Wisconsin in the Midwest Regional semifinals. Students will get free bus transportation, two nights lodging and a ticket to Friday's game.

Pretty cool. FYI, I graduated from Davidson; and grew up in Madison. Oh, Davidson also did this a while back:

In the spring of 2007, Davidson became the first national liberal arts college to eliminate student loans from financial aid packages. Beginning with the 2007-2008 academic year, Davidson students now have 100 percent of their demonstrated need met entirely through a combination of grants and student employment. 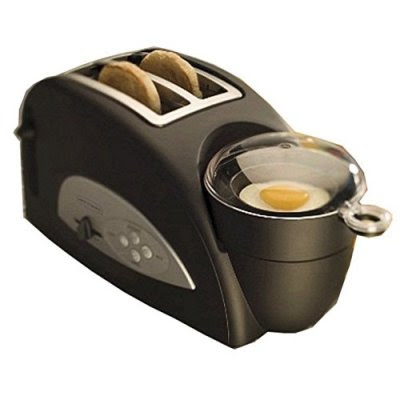 Pretty darn silly. Do you think maybe we have a bit too much money we don't know what do with if we actually buy this? Related: Nice Looking Toaster
Posted by Curious Cat at 7:05 PM No comments:

Whitwell, Tennessee is a small, rural community of less than two thousand people nestled in the mountains of Tennessee. Its citizens are almost exclusively white and Christian. In 1998, the children of Whitwell Middle School took on an inspiring project, launched out of their principal's desire to help her students open their eyes to the diversity of the world beyond their insulated valley. What happened would change the students, their teachers, their families and the entire town forever… and eventually open hearts and minds around the world.
...
moving and inspiring documentary film that captures how these students responded to lessons about the Holocaust-with a promise to honor every lost soul by collecting one paper clip for each individual exterminated by the Nazis.

Related: Proof, the Movie - Then they came for me — and there was no one left to speak out for me."
Posted by Curious Cat at 6:53 PM No comments:

Long ago TV listings had to be sent to the printer so they could be printed out and hand delivered to people's houses on paper (with their newspaper). Then, like 10 years ago, some realized this internet thing could display what would be shown on TV. Yet in 2008 the TV listings shown on the internet are rarely better than if they had to be printed and hand delivered to any person's house. Talk about pointy haired boss behavior.

For example, even though over 24 hours ago it was know that the SEC championship game was moved to 3:30 PM today what do internet TV listing show? They show the game taking place at 1PM. The listing shows it is on CBS, is, at least, that right? Nope it is on ESPN 2 (and, for local affiliates in Georgia and Arkansas, on CBS, at 3:30). What teams are in the game? Internet TV listings act as though this is some mystery (not just for this game but for most any game that wasn't decided months ago).

Look, mr. phb, internet TV listing people, the internet lets you update that dynamically within minutes of when it is determined who will play in that game (or any other change is made to a schedule). It is bad enough sites like TVguide etc. can't get it right. Not even ESPN shows the right thing on their own website. Jeez this just gets worse and worse. On CBS's site, they don't list either the SEC game at all, or the Big Ten Game at all (which is on CBS at 3:30 PM). By the way the Big Ten game features the wonderful Wisconsin Badgers against Illinois.

Please hire someone that knows how the internet works and let them actually use the internet properly. First they won't treat the internet as if it were the place you send your next weeks TV listing to once a week. But all that is doing is avoiding being an incredibly lame phb. The goal would not be to just avoid being completely lame but to actually take advantage of the internet tubes to provide a better service.

Related: What Kind of Management Does This? - Webcasts by Chemistry and Physics Nobel Laureates ("This site requires javascript. Please enable javascript then click here to go back" - yet more phb idiocy) - The Top Ten Stupid Ways to Hinder Market Adoption - usability resources
Posted by Curious Cat at 9:25 AM No comments:

The Jury Decides What is Illegal

Up until 1895, the jury was routinely informed of this right. Then the big mining companies started losing a lot of cases against unions, and they put pressure on the courts, resulting in a Supreme Court decision stating that judges were not required to inform the jury of its rights. Could anything be more draconian? The defendant is informed of his rights. The plaintiff is informed of his rights. The state prosecutor, being an attorney himself, is well aware of his rights. The jury -- the only people in the room without right to counsel -- must figure out its authority on its own. The judge, who is supposed to act as counsel for the jury, to advise it, is conspiring to deprive it of essential information.

And yet the jury's supreme authority was well known to the very first chief justice of the Supreme Court, John Jay, who explicitly informed a jury that it was free to ignore him and his court. It was well known to John Adams, who said, "It is not only (the juror's) right, but his duty . . . to find the verdict according to his own best understanding, judgment, and conscience, though in direct opposition to the direction of the court." He even went further and called it "absurdity" for a court to expect a juror to be required to accept the judge's view of the law. The principle was well known to those two political opposites, Jefferson and Hamilton, and yet they both agreed on this point.

Need more legal celebrities? Justice Oliver Wendell Holmes wrote in 1920: "The judge cannot direct a verdict, it is true, and the jury has the power to bring in a verdict in the teeth of both law and facts." In more recent years, the Fourth Circuit Court of Appeals wrote: "If the jury feels the law is unjust, we recognize the undisputed power of the jury to acquit, even if its verdict is contrary to the law as given by a judge, and contrary to the evidence."

Hellfire: a Journey from Hiroshima received was nominated for an academy award as a documentary in 1986. I recently discovered it is now available on the Hiroshima No Pika DVD. John Dower is a family friend and author of the National Book Award (1999): Embracing Defeat.