During the same span (2003-2006), about 4 million have died worldwide in traffic accidents. The number of these deaths is rising steadily in most nations, with road fatalities on track to become the world's third-leading cause of death - —that is, traffic accidents look exactly like a pandemic.

My comments on: A quick word about cloaking:

I consider the issue in a much better state now, in that most (all?) Google searchers get the identical page to what Googlebot saw. But I still consider Philipp’s February posts open for investigation, and I will get to them, in the same way that I tackled Philipp’s first two posts about this.

March 4th:
Good. This is a problem with that has bothered me for a long time. Here is one post from 2005 I made: http://management.curiouscatblog.net/2005/01/30/web-search-improvements/

I would think Google could come up with a user participation tool that could help identify this type of behavior. Just give people the ability to click something saying the search link didn’t return the expected results or something (I am sure Google can work on the details). I am sure Google can figure out how to separate, from that feedback, the problematic web sites from all the mistaken, malicious… clicks. Then those few sites, site sections and pages that systemically appear could be forwarded for human examination. This really doesn’t seem like it would be very tricky.

I suppose Google might worry about he confusion such an attempt might cause regular users. Ok, just make it an option. Then users that like me use Google alot and get annoyed at having to ignore those sites I have learned won’t provide the content Google says they will can choose to participate. Yes I understand this will create a self selected population identifying problems but I really don’t see that as a problem.

Another options I mentioned in 2005 is to give me a way of adding a list of websites I don’t want returned. Actually now I can just use a Google CSE to do this. In fact I just did - http://www.google.com/coop/cse?cx=002278424765197393586%3Alfichkez90e&hl=en I excluded webmasterworld.com to test it out and it does work. Less than 2 minutes to do. This doesn’t do anything for those who think it is unfair for some to have Google return cloaked pages as results, but it does help if you just want to exclude certain sites from your results.

March 23rd:
In Search results: “Do Shareholders Have the Clout to Rein in Excessive Executive Pay...
Warren Buffett’s latest attack on excessive executive compensation is another chapter in the long-running saga about how much to pay top business leaders,”

But that isn’t the page the site gives web browsers who are instead forwarded to:

As I stated before I think having these results might well be fine but options should be provided to users to exclude these sites normally (but you can click an option to provide links that are matches but require additional hoops be jumped through - hopefully the option could be separated - show free registration sites and show sites where pay is required to view results. Also over time this should have the option for me to tell Google which sites I want included by default (say I have subscriptions to 3 sites already…). When I suggested this years ago I figured it might be a bit early to expect. I would have expected it by now.
Posted by Curious Cat at 12:34 PM No comments: Links to this post

Blogger doesn't use trackback (the ability to automatically receive notice when other posts link to your blog post) which is a shame (though Blogger does have linkback). However the trackback system has been largely broken by immoral people who have resorted to sending false trackbacks. Just like the email scammers that have caused huge amounts of grief for those that attempt to use email these trackback spammers burden others with their intrusive acts. It is a shame people insist on being so immoral but just as always there are plenty of people who insist on acting immorally and technology often makes it easier for these people to burden more people with their immoral behavior than they could impose their bad behavior on without technology.

For wordpress bloggers Akismet does a great job of filtering out spam (comments, pingbacks and trackbacks). But our blogs are now getting thousands of false trackbacks per day and I don't appreciate the huge amount of spam (which makes it impossible to check and see if any false positives were found). Many site have given up and just eliminated trackback (sort of like giving up on the auto because people put big advertising signs in the street so that no one could actual use the roads for the intended purpose and we just let these people remove the rights of others to travel).

I tried a plugin from Rice University: Trackback Validator Plugin and then WordPress 2.0 / 1.5.x Plugin: Referrer Bouncer, they didn't do enough good that I could tell (I only tried for an hour but if they did anything they just reduced the spam some).

In reading the comments on those trying the above I read about an akismet option to automatically delete any spam that is on post older than one month old. This seems to be working very well, for now, and I believe it allows posts to accept legitimate trackbacks which I think is important. Another success for open source software solutions - yay.
Posted by Curious Cat at 10:12 AM No comments: Links to this post 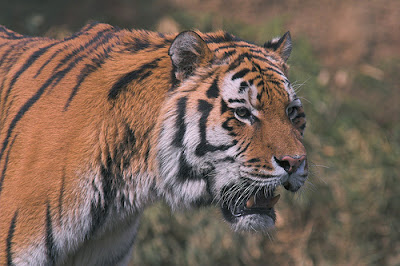 Suneko's Animal Photos, great photos like this one.
Posted by Curious Cat at 8:11 PM No comments: Links to this post

Quinn and Dixie Go to the Racetrack

The problem with lucking out with your children is that your children don't appreciate their luck—and the lucky feeling is more than half of the pleasure. You go to all this trouble to get them an education, and they promptly forget the lessons. On the drive home I explain to them that it isn't common for two little girls to walk into a racetrack in the middle of the day for a single horse race and wind up in the winner's circle, holding winning tickets, with the horse's jockey on one arm and the horse's owner on the other. Not to mention getting serious screen time on every OTB network.
Posted by Curious Cat at 7:00 PM No comments: Links to this post

Join the Curious Cat March Madness group on ESPN and track your picks against other Curious Cat readers. Group name is: curiouscat.
Posted by Curious Cat at 10:00 PM No comments: Links to this post

Last year at this time we mentioned why it is important to plan ahead by saving for retirement:

Savings for retirement is difficult mainly because of our trouble planning for the long term, it is not at all a complex problem. The fable of the ant and the grasshopper illustrates this point very simply and it is really that simple. People need to do a better job of applying the lessons from that story to their retirement savings.

Related: IRA information - Roth IRAs for everyone - retirement related posts from our investment blog
Posted by Curious Cat at 5:30 PM No comments: Links to this post

In addition, virtual companies consist of happier employees. These are people who do not need to spend time in traffic, people who save money on gas, people who conserve resources and, perhaps most significantly, people who spend more time with their family. So perhaps this simple, yet very profound, application of technology is the beginning of a new trend and the way we will mostly work and communicate in the future.

I agree. Also IM, Wordpress and Wiki.
Posted by Curious Cat at 6:32 PM No comments: Links to this post