The Pentagon also clamped down on media coverage of any and all Defense Department medical facilities, to include suspending planned projects by CNN and the Discovery Channel, saying in an e-mail to spokespeople: “It will be in most cases not appropriate to engage the media while this review takes place,” referring to an investigation of the problems at Walter Reed.

It seems to me this is the time it makes the most appropriate for the media to be engaged. The media brought to light the problem and got the Department to investigate and take action to improve conditions. It sure seems like the real reason to make it difficult for the media to report what the conditions the soldiers face is they don't want the public to know. Which is worrying.

I understand the desire to avoid bad publicity but heath care for soldiers is more important than avoiding bad publicity.
Posted by Curious Cat at 5:21 PM No comments:

13 Things to do immediately after installing Ubuntu: 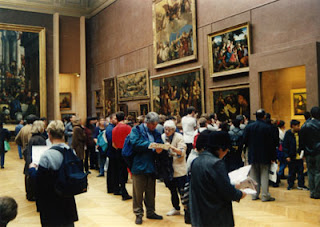 Roll up, roll up, and watch the Mona Lisa weep

Just a few weeks ago the Sistine Chapel took action to protect the Michelangelo and Botticelli frescoes, cutting opening hours and raising prices. My recent memory of this, the ultimate shrine of Christian art, was struggling to stay on my feet in the middle of a yammering mob while a team of young priests went hoarse calling for silence and respect. It was like Grand Central Station, except that there just wasn’t room to sit down and weep.

As anyone visiting popular sites has, I have noticed the same thing (the photo shows the room with the Mona Lisa in it). It seems like the only likely solution is to use attractions to draw the crowds, like months to a flame, and then try to enjoy what remains. This works better at places like the Grand Canyon where you can hike for days but most tourists spend 17 minutes outside looking at nature according the a Park Ranger the last time I was there.

Even on the South Rim hiking down one of the trails, leaves the crowds behind in just 30 minutes (and on the North Rim I hiked 2 different days without seeing more than a handful of people (granted it was literally the first 2 days the lodge on the North Rim opened.

But even this will be overwhelmed with time. So I figure they should add several trails at national parks just to attract the hoards and then I can go on more remote trails and enjoy them. Even if they are not the best trails they will still be great and I prefer having the option to avoid the crowds. With other museums I am sure you can do the same type of thing, though someone probably needs to repackage this concept to be "more positive" before it will be used on a wide scale.

A strategy for museums is to go early or late stay until closing (though even this at the Louvre is not that great a help but at many places it is).

Havidol - when more is not enough

Problems can be avoided if you take HAVIDOL only when you are able to immediately benefit from its effects. To fully benefit from HAVIDOL patients are encouraged to engage in activities requiring exceptional mental, motor, and consumptive coordination. HAVIDOL is not for you if you have abruptly stopped using alcohol or sedatives. Havidol should be taken indefinitely.

coComment is a new service which allows you to enjoy the full potential of comment-based conversation on the web. Before coComment, comments made across different sites (such as blogs, photosharing services, news sites, and others providing the ability for readers to leave comments) did not come together into a clear conversation, but were fragmented, hard to follow, and untrackable discussions.

Using coComment, you can now keep track of all the comments and discussions your are participating in or observing on the web. When someone adds something to the comment stream or discussion, you'll be notified. And, if you're a blogger, you can display the comments you make elsewhere back on your own blog.
Posted by Curious Cat at 12:08 PM No comments:

The Dangers of Default Passwords

The Dangers of Default Passwords:

Researchers at Symantec Corp. have devised a series of "proof-of-concept" exploits that show how an Internet user running any one of several name-brand, $50 - $100 routers under the default factory settings could be in a world of trouble in a very short time, just by browsing to a malicious Web site. One of the easiest ways to commandeer a factory-set wireless router remotely is through the use of Javascript, a powerful Web programming language that makes it easy for Web sites to monkey with or otherwise manipulate a computer's settings.
Posted by Curious Cat at 8:41 AM No comments: 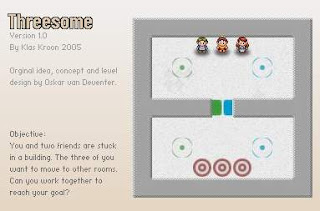 Scientists have taken blood samples from 93 people living in and around Liqian, a settlement in north-western China on the fringes of the Gobi desert, more than 200 miles from the nearest city.
...
In 53BC Crassus was defeated disastrously and beheaded by the Parthians, a tribe occupying what is now Iran, putting an end to Rome's eastward expansion. But stories persisted that 145 Romans were taken captive and wandered the region for years.
Posted by Curious Cat at 5:11 PM No comments:

The Viacom International Copyright DMCA debacle about YouTube videos--should we counter-sue???, via - boing-boing:

If Google sued every company that used indiscriminate takedown notices to remove material that it hosted -- on Blogger, YouTube, and elsewhere -- they'd put the fear of god into bullies like Viacom. They'd change the landscape so that DMCA notices were only used by people who were genuinely being ripped off, and not firehosed by idiots to every site that matches a search-term.
Posted by Curious Cat at 5:20 PM No comments: