Matt Cutts has confirmed that Google has again updated the PageRank displayed on the Google Toolbar. Looking at my blogs it seems to be effective approximately Dec 16th. I have some blog posts from the 15th and before with pagerank. On the 16th I have one post with a pagerank and several without. On the 17th none of my posts have pagerank. This means while the pagerank was displayed today, the data used is from about December 16th, I believe.

The displayed pagerank is more fun than a measure that can be relied on. But I still find it fun to look at the pagerank values - except when they go down for my sites :-(

Curious Cat Investing and Economics Blog - 4 (July 2008), 4 (December 2008)
Curious Cat Engineering and Science Blog - 5, 5
curiouscat.com - 3, 3
externs.com - internship directory - 4, 4
Statistics for Experimenters - 3, 4
CSS 4 Free - 4, 5
Wordpress Themes for Free (new site from November) already a 3 Google pagerank.
Curious Cat Management Improvement Connections (one of my most popular pages since 1997) - 3, 3
Multi Site PageRank Checker - 1, 3
John Hunter 4, 4
Life and Legacy of William Hunter (my father) ?, 4
Justin Hunter (my brother) ?, 2
Curious Cat Articles and Links (this blog) - 3, 3
Curious Cat Management Improvement (v.1) I started the blog on blogger and then moved it to my own domain using WordPress in 2006, still it retains a pagerank of 3
My Kiva page ?, 3
Reddit management (new in September) 0
Curious Cat Web Directory 3, 4
Rocky Mountain National Park photos ?, 2
Boston Museum of the Fine Arts, Glacier National Park Photos, Parfrey's Glen, Wisconsin Photos, The Cloisters Museum and the Museum of Modern Art, Shaker Village of Pleasant Hill, Kentucky ? , 0 ( much of the Curious Cat Travels seems to be without pageranks - which seems odd to me but...)

The Curious Cat Engineering and Science Blog has actually been a pagerank 6 before, but I think it is a high 5 (of course I may be biased and that is just wishful thinking). Many brand new posts for example have ranks of 4, likely because they were on the home page when the snapshot was taken - Bird Brain, Passion for Mechanical Engineering, High School Inventor Teams @ MIT...). Another thing this means is those pages are really not pagerank 4 even today. The toolbar snapshot from Dec 16th shows them that way but only because that was the value on Dec 16th.

Now, I would guess they are probably really pagerank 2 or so. If I just look back at say random posts in August 2008 (or really any month) they will be between 0 and 3. I really don't understand the differences between say 0 and 2. While there is some difference, most of those pages have 0 links from external sites. And then I will have a small number of posts that get significant external links that maybe be 3,4 and even 5 pageranks: The Engineer That Made Your Cat a Photographer, Sep 2007, pr 3, Best Research University Rankings, Sep 2008, pr 4; Economic Strength Through Technology Leadership, Jul 2007, pr 4

Festivus airing of the grievances.
Posted by Curious Cat at 6:52 PM No comments:

Don't Forget Your About Page

The about page of a blog is often neglected. There are different options for what to emphasize, but I think it is wise to include an overview of the blog and links to some posts you would suggest for first time visitors. Think of it as a way of helping someone decide if they want to subscribe to the blog feed. Here are some of my blog about examples:

Related: Build Your Online Presence - Gallery of Free WordPress Themes - Seth Godin on Marketing and the Internet
Posted by Curious Cat at 9:29 AM No comments:

Is The World Finaly Growing Wise

Related: Code Monkey - Dancing Around the World - Computer Speakers
Posted by Curious Cat at 12:12 AM No comments:

6. Hotlinking protection with .htaccess is very important because anyone can hot link to your images and eat up all your bandwith of your server. The following code will help you to prevent that. 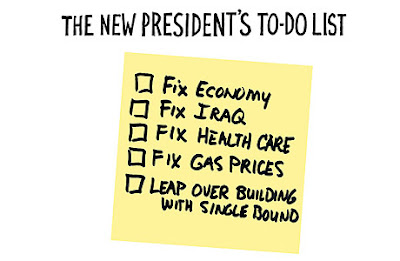 I think that is pretty funny. More funny political cartoons.

Related: Fun Rant on Arguments - Code Monkey - Kids on Scientists: Before and After - Quantum Teleportation
Posted by Curious Cat at 11:11 AM No comments:

Unfortunately I have grown to question the trustworthiness of the system of justice. This doesn't mean I think it is totally corrupt but I think the amount of lawlessness by those given the responsibility to serve society has grown too large. It seems to me more oversight is needed. And unfortunately those with such responsibilities are doing the opposite. For example, the despicable political actions by the Justice Department undermine the public's confidence in honest government just when we need to have a government we can trust to protect us from terrorism and increasingly well armed criminals.

Cop Busters is a program that is headed by a man that is most likely in it significantly for the publicity. I would wager the vast majority of those in the law enforcement community are honest and law abiding, in general. However, the community seems to be far too tolerate of abuses by those in their ranks. Given that shows like cob busters may help. Why doesn't the law enforcement community itself find the corruption and illegal practices and eliminate those involved themselves?

There was no probable cause. So a couple of questions come up. First, how did the cops get turned on to the house in the first place? Cooper suspects they were using thermal imaging equipment to detect the grow lamps, a practice the Supreme Court has said is illegal. The second question is, what probable cause did the police put on the affidavit to get a judge to sign off on a search warrant? If there was nothing illegal going on in the house, it's difficult to conceive of a scenario where either the police or one of their informants didn't lie to get a warrant.

Cooper chose the Odessa police department for baiting because he believes police there instructed an informant to plant marijuana on a woman named Yolanda Madden. She's currently serving an eight-year sentence for possession with intent to distribute. According to Cooper, the informant actually admitted in federal court that he planted the marijuana. Madden was convicted anyway.

10 years ago (whether I was right or wrong) I would not have said the abuse of law enforcement authority was a huge concern. Yes, any time you have many thousand of people involved in something, some are going to abuse their authority. But I thought on the balance that abuse was minimal and the danger from such abuse was much less than the danger from actual criminals. Now I am sadly much more inclined to side with the founding fathers worries about the unchecked power of the government.

As those in law enforcement fail to address these problems they make the situation much worse. People are losing the ability to rationally believe the law enforcement community is most interested in enforcing the law. Seeing so many examples of abuses of power by the watchmen is a dangerous thing for society. And when the law enforcement community is more interested in protecting those inside their ranks engaged in unlawful behavior than in upholding the law it is very dangerous for society.

It is not acceptable for those with the awesome responsibility to protect society from criminals to behave as too many are now.

Related: Freedom Increasingly at Risk - Tired of Incompetent Government Harassment - Photographers are not a Threat - More SWAT Failures
Posted by Curious Cat at 7:00 PM No comments: 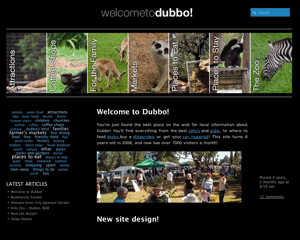 My comment on: Promoting Your Services (Link broken so I removed it, original post from PoeWar, very good site on writing and resource for writers)

I think another great way to promote your business is to write and post to your own site. I encourage management consultants (the people I most deal with - example: Peter Scholtes) to create an online presence that illustrates what value they offer. And for writers it should be an even better fit (you can show exactly what you offer - your writing). Setting up a blog is a very easy way to do this. You can use Wordpress to set up a free blog without any technical knowledge.

Then you can market by doing what you want to do: writing. You will have to take some other steps to market yourself also but a home on the web highlighting your writing is an excellent tool.

This next tip is probably most suited to someone getting started as a professional writer, or one just getting started online, but really can work for anyone. Basically unless you are so busy with paying work that you can't fit it in, I think it is a good idea (and at that point continue your blog by linking to the paying work).

I also think writing guest posts for other blogs could be a useful promotion strategy. You will increase those that know about you and gain links back to your site which will help your site grow. And, another benefit, for writers is you get to practice. You can experiment, and try new things. While I don't think of myself as a writer, I have written a great deal building my web sites. The sheer act of writing for different audiences as a guest blogger I think would be good experience for a writers.

I tend to favor thinking about marketing differently - especially for small businesses. Amazon spends very little advertising. Instead they see free shipping as marketing. They see paying referral fees to websites that provide them paying customers as marketing. Very smart, in my opinion. So for writers think of writing posts for your site and for some others as a form of advertising. Plenty of very successful people market using their free writing online: (example: Neil Gaiman, Joel Spolsky...). And some turn that free writing into a platform to sell ads and then make a living just doing that: Dooce.

Another good example of innovative marketing: Giving Away Your Service for Free on Weekends (from Joel Spolsky mentioned above).

Related: My web home - John Hunter - Seth Godin on Marketing and the Internet - Your Online Identity - Innovative Marketing Podcast - Don't Lock Your Content Inside a Proprietary System
Posted by Curious Cat at 11:48 AM No comments:

The cache of cannabis is about 2,700 years old and was clearly ``cultivated for psychoactive purposes," rather than as fibre for clothing or as food, says a research paper in the Journal of Experimental Botany. The 789 grams of dried cannabis was buried alongside a light-haired, blue-eyed Caucasian man, likely a shaman of the Gushi culture, near Turpan in northwestern China.
...
Remnants of cannabis have been found in ancient Egypt and other sites, and the substance has been referred to by authors such as the Greek historian Herodotus. But the tomb stash is the oldest so far that could be thoroughly tested for its properties.

The 18 researchers, most of them based in China, subjected the cannabis to a battery of tests, including carbon dating and genetic analysis. Scientists also tried to germinate 100 of the seeds found in the cache, without success.

Related: 2,000-year-old Seed to Bear Fruit in Three Years - Huge Tomb Uncovered in Rome
Posted by Curious Cat at 9:28 AM No comments: